Top 10 Things to Do Your First Time in New York City!

Top 10 Things to Do Your First Time in New York City!

We traveled to NYC to show you the 10 places you have to visit you first time in America's biggest city! Enjoy this epic NYC Travel Guide. SUBSCRIBE FOR MORE VIDEOS! ► https://goo.gl/JcGwWb Top 10 Places You Have to Visit Your First Time in NYC: 10. Times Square Times Square is a major commercial intersection, tourist destination, entertainment center and neighborhood in the Midtown Manhattan section of New York City at the junction of Broadway and Seventh Avenue. It stretches from West 42nd to West 47th Streets. 9. Hudson Yards (The Vessel) Hudson Yards is a neighborhood on the West Side of Midtown Manhattan, bounded roughly by 30th Street in the south, 43rd Street in the north, the West Side Highway in the west, and Eighth Avenue in the east. Vessel is a structure and landmark which was built as part of the Hudson Yards Redevelopment Project in Manhattan, New York City, New York. Construction began in April 2017; it opened on March 15, 2019. 8. The High Line Park The High Line is a 1.45-mile-long elevated linear park, greenway and rail trail created on a former New York Central Railroad spur on the west side of Manhattan in New York City. The High Line's design is a collaboration between James Corner Field Operations, Diller Scofidio + Renfro, and Piet Oudolf. Address: New York, NY 10011. Closes at 10 pm. 7. Brooklyn Bridge The Brooklyn Bridge is a hybrid cable-stayed/suspension bridge in New York City. It connects the boroughs of Manhattan and Brooklyn, spanning the East River. The Brooklyn Bridge has a main span of 1,595.5 feet and a height of 133 ft above Mean High Water. 6. Statue Of Liberty National Monument (Battery Park) The Statue of Liberty is a colossal neoclassical sculpture on Liberty Island in New York Harbor in New York, in the United States. The Battery is a 25-acre public park located at the southern tip of Manhattan Island in New York City facing New York Harbor. It is bounded by Battery Place on the north, State Street on the east, New York Harbor to the south, and the Hudson River to the west. 5. Broadway Broadway theatre, also known simply as Broadway, refers to the theatrical performances presented in the 41 professional theaters, each with 500 or more seats located in the Theater District and Lincoln Center along Broadway, in Midtown Manhattan, New York City. 4. The Metropolitan Museum of Art The Metropolitan Museum of Art of New York City, colloquially "the Met", is the largest art museum in the United States. With 6,953,927 visitors to its three locations in 2018, it was the third most visited art museum in the world. Address: 1000 5th Ave, New York, NY 10028 3. Central Park Central Park is an urban park in Manhattan, New York City, located between the Upper West Side and the Upper East Side. Central Park is the most visited urban park in the United States, with an estimated 37.5–38 million visitors annually, and one of the most filmed locations in the world. 2. Upright Citizens Brigade Theatre The Upright Citizens Brigade Theatre is an American improvisational theatre and training center, founded by the Upright Citizens Brigade troupe members, including Matt Besser, Amy Poehler, Ian Roberts and Matt Walsh. 1. Top of the Rock (or top of the Empire State building) Observatory on top of Rockefeller Center, with an ocean-liner style design, offering city views. Rockefeller Center is a large complex consisting of 19 commercial buildings covering 22 acres between 48th Street and 51st Street in Midtown Manhattan, New York City. ★ Watch the full vlog of my first time visiting NYC: https://www.youtube.com/redirect.php?w=UfNlwvL_LYQ SUBSCRIBE AND TURN ON MY POST NOTIFICATIONS TO BE NOTIFIED WHEN I POST NEW FUNNY VIDEOS! CHECK OUT MY VLOG CHANNEL ► https://www.youtube.com/JakeBrowatzkeVlogs CHECK OUT MY GAMING CHANNEL ► https://www.youtube.com/channel/UCZMHNkWw6_-q2EcBtFCDgsA *FOLLOW ME ON SOCIAL MEDIA! * (@JakeBrowatzke) Twitter ► https://twitter.com/JakeBrowatzke Instagram ► https://www.instagram.com/JakeBrowatzke Facebook ► https://www.facebook.com/JakeBrowatzke ♫Music By♫ Epidemic Sound My editor Garrett's personal YouTube channel: https://www.youtube.com/channel/UCyIaH4p96QcA2NnBT6QHvOQ SEE YOU AGAIN NEXT FUNNY OR CRAZY TOP 10!! -------------------------------------------------------------------------- *This video is family friendly and YouTube kids friendly. Intended for Audiences 13+ *For Business Inquires, my email can be found on my "about page" linked here: https://www.youtube.com/JakeBrowatzke/about --------------------------------------------------------------------------- Thanks for watching! 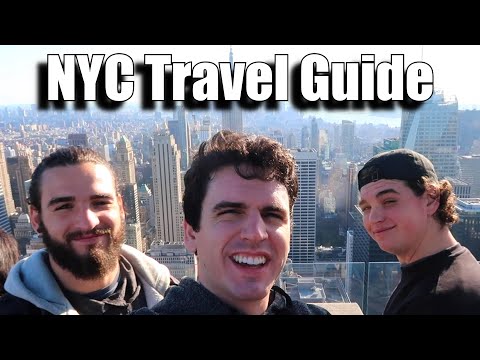 25 AMAZING KITCHEN HACKS FOR EVERY OCCASION

HOW TO GROOM + SHAPE YOUR EYEBROWS! (super easy)

Steam Nail Polish Remover- Does it work? | TINA TRIES IT

Stop Charging Your Phone at Night, Here's Why

10 Most Amazing Video in The World You Need To See

TOP 10 MOST EMBARRASSING MOMENTS IN SPORTS

Crazy Rules Bachelor In Paradise Contestants Have To Follow

use this whitening formula to get fair soft hands and feet

What's the Biggest Lie You Ever Told Your Mom?